“Please help catch this thief,” said Argiro Veremis, owner Jean Georgiano’s fiancé. “It’s so heartbreaking that he broke in and robbed us.” 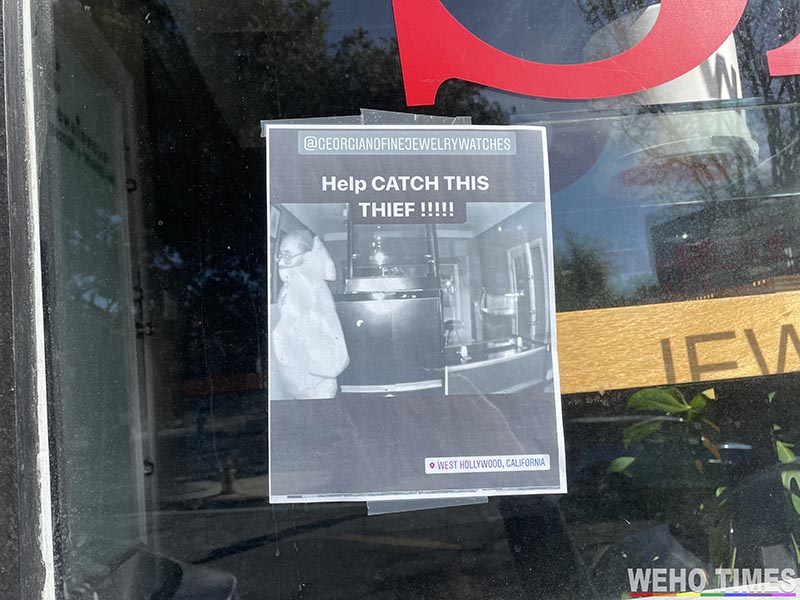 Owners were alerted as soon as the store’s alarm went off. They went to the store, but it was too late. The door had been ripped open with a crowbar. Veremis says the West Hollywood sheriff was also too late. The suspect stole gold items including a personalized wedding ring, solder pieces, a personal Rolex and a box full of watch batteries. She says they keep most of the valuable jewelry locked away downstairs.

Video sent to WEHO TIMES shows the suspect climbing tables and grabbing anything that comes to hand as security alarms sound in the background.

Owners stole $25,000 worth of inventory last weekend. “The sheriffs were the worst ever,” Vermeil added. “They arrived fifteen minutes too late. They were very rude and not helpful at all. it’s been a long and sad day. 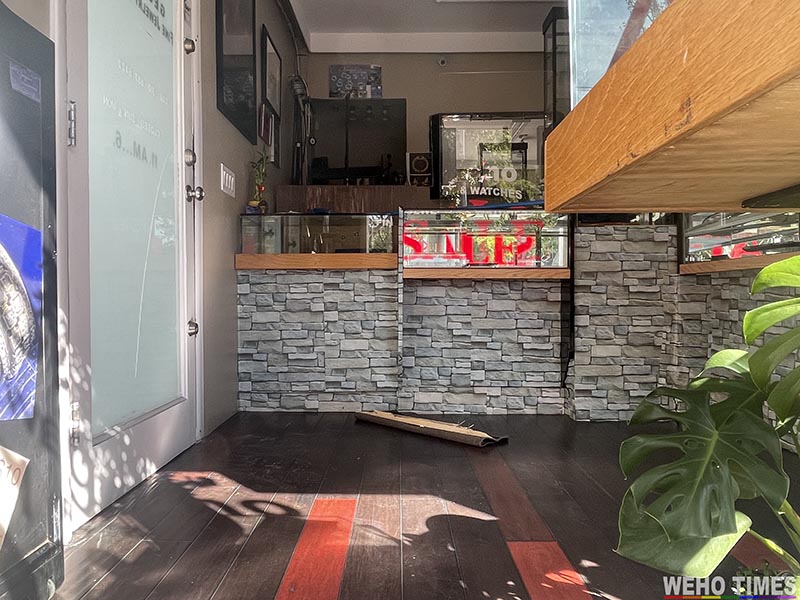 Georgiano Fine Jewelry and Watches has been serving the West Hollywood community since 1999, according to Veremis. Owner Jean Georgiano was too distraught to comment.

Last October, Optique by Cynthia & Christine, a high-end optical store specializing in designer sunglasses and prescription glasses, was vandalized and burglarized around 4:55 a.m. The eyewear store is located a few doors of Georgiano Fine Jewelry and Watches.

if you see something, say something. Anyone with information leading to the arrest of suspects may do so at https://www.lacrimestoppers.org.

Your identity is always encrypted and anonymous. No personal information, phone number, email, IP address or location is ever requested, recorded, traced, tracked or monitored. Period.

The goal of Los Angeles Regional Crime Stoppers is to prevent and reduce crime, by forming a partnership between the community, law enforcement and the media to offer anonymity and cash rewards to anyone providing information leading to an arrest.

Crime Stoppers uses a three-part approach to preventing and solving crime. The first part of the program is to empower the community by providing a safe way to report criminal activity. Second, Crime Stoppers partners with all forms of media in the Los Angeles area to educate the community on how to report crimes anonymously. Law enforcement is the last part of the triangle; they follow the advice of
community members.

The Crime Stoppers program is funded by private donations and annual fundraising events. No tax dollars are involved. The reward money paid out by the program comes from fundraising and donations from concerned citizens and businesses.